Private Member Site: SueWrongdoers.com - Your Complaint IS Their Restraint,,,,, Canada is not part of the usa..two different Constitution ,,, as we all can learn

The time for accountability is at hand. Stand up for your rights and lay claim to them, honorably, lawfully and effectively.

Get the education, process and step-by-step actions to stake your claim.

What the first Congress

of 1789 can teach the Congress

1.
The accused must be properly identified; identified in such a fashion there is no room for mistaken identity. The individual must be singled out from all others; otherwise, anyone could be subject to arrest and trial without benefit of "wrong party" defense. Almost always the means of identification is a person's proper name, BUT, any means of identification is equally valid if said means differentiates the accused without doubt. (By the way, there is no constitutionally valid requirement that you must identify yourself to the judge or to anyone.) For stop and identify issues (4th Amendment) see Brown v. Texas, 443 US 47 and Kolender v Lawson, 461 US 352.

2.
The statute of offense must be identified by its proper or common name. A number isinsufficient. Today, a citizen may stand in jeopardy of criminal sanctions for alleged violation of statutes, regulations, or even low-level bureaucratic orders (example: Colorado National Monument Superintendent's Orders regarding an unleashed dog, or a dog defecating on a trail). If a number were to be deemed sufficient, government could bring new and different charges at any time by alleging clerical error. ("I'm sorry, your Honor. I assumed that the regulation indicated by that number was a legitimate statute. My secretary must have made an error.") For any act to be triable as an offense, it must be declared to be a crime. Charges must negate any exception forming part of the statutory definition of an offense, by affirmative non-applicability. In other words, any charge must affirmatively negate any exception found in the law.

3.
The acts of alleged offense must be described in non- prejudicial language and detail so as to enable a person of average intelligence to understand nature of charge (to enable preparation of defense); the actual act or acts constituting the offense complained of. The charge must not be described by parroting the statute; not by the language of same. The naming of the acts of the offense describe a specific offense whereas the verbiage of a statute describes only a general class of offense. Facts must be stated. Conclusions cannot be considered in the determination of probable cause.

4.
The accuser must be named. He may be an officer or a third party. Some positively identifiable person (human being) must accuse. Some certain person must take responsibility for the making of the accusation, not an agency or an institution. This is the only valid means by which a citizen may begin to face his accuser. Also, the injured party (corpus delicti) must make the accusation. Hearsay evidence may not be provided. Anyone else testifying that he heard that another party was injured does not qualify as direct evidence.

5.
The accusation must be made under penalty of perjury. If perjury cannot reach the accuser, there is no accusation. Otherwise, anyone may accuse another falsely without risk.

6.
To comply with the five elements above, that is for the accusation to be valid, theaccused must be accorded due process. Accuser must have complied with law, procedure and form in bringing the charge. This includes court-determined probable cause, summons and notice procedure. If lawful process may be abrogated in placing a citizen in jeopardy, then any means may be utilized to deprive a man of his freedom. All political dissent may be stifled by utilization of defective process.

7.
The court must be one of competent jurisdiction. To have valid process, the tribunal must be a creature of its constitution, in accord with the law of its creation, i.e. (article III judge)

of The United States, 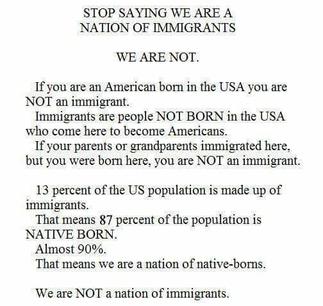 From the halls of Montezuma, to the shores of Tripoli,
We fight our country’s battles in the air, on land and sea.
First to fight for right and freedom, and to keep our honor clean;
We are proud to claim the title of United States Marine.Our Flag’s unfurled to every breeze from dawn to setting sun.
We have fought in every clime and place, where we could take a gun.
In the snow of far off northern lands and in sunny tropic scenes,
You will find us always on the job, the United States Marines.Here’s health to you and to our Corps, which we are proud to serve.
In many a strife we’ve fought for life and never lost our nerve.
If the Army and the Navy ever look on heaven’s scenes,
they will find the streets are guarded by United States Marines.

The Mariners' Museum : Birth of the U.S. Navy www.marinersmuseum.org/sites/micro/usnavy/07.htm
Jefferson's Gunboat Navy, ... President Thomas Jefferson. ... Jefferson's theory of naval defense would lead to the loss of much of the naval strength the United ..This made them invincible; and the same remedy will make us so." --Thomas Jefferson to Thomas Cooper, 1814. ME 14:184 ... 47.5 A Navy for Protection

Supreme Court Mail Transparency
They are comming
For our Arms

Definition and Facts
about "Unclean Hands"

Oregon Judges may not have a Constitution Oath

How to know the Differences
Between Law and Statutes,
Regulations, and other British
Overlordship
Scientists shocked as
Fisheries collapse along west coast